Partake of the beautiful Lotus to inspire your mind. It sedates and seduces..

By Goodness Welllness Blog Master February 28, 2018
Lotus - Its God's favorite flower...Its mysticism may also be linked to the mild narcotic or sedative effects from flowers that are eaten, smoked or steeped in wine and drank. Also called the world's most beautiful flower, the lotus is the most sacred, and it seems there never was a time when man did not adore it.....Of all the myriad buds and blooms, the most revered and esteemed--by God and man--is the magnificent lotus in the sub continent and all across China and Japan. 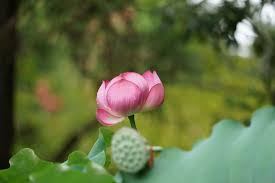 According to Buddhism and Hinduism, within each human inhabiting the earth is the spirit of the sacred lotus. It represents eternity, purity and divinity and is widely used as a symbol of life, fertility, ever-renewing youth and to describe feminine beauty, especially the eyes.
One of the most common metaphysical analogies compares the lotus' perennial rise to faultless beauty from a miry environment to the evolution of man's consciousness--from instinctive impulses to spiritual liberation.
In Yoga, the postures of hatha yoga, the lotus position, padmasana, is adopted by those striving to reach the highest level of consciousness, which itself is found in the thousand-petalled lotus chakra at the top of the head. For Buddhists, lotus symbolizes the most exalted state of man--his head held high, pure and undefined in the sun, his feet rooted in the world of experience. 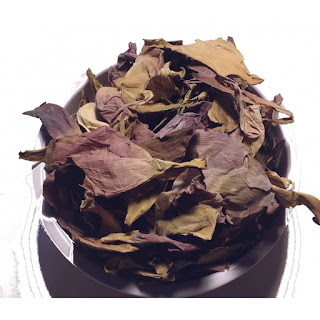 The dried flowers of the blue lotus plant are smoked or steeped in a tea in order to give the user a sense of peaceful relaxation, that is the source of all inspiration.
In addition to having an incredible list of medicinal applications from helping premature ejaculation to having anticancer properties to helping cramps and digestion, all parts of the plant are considered edible and appear widely in Asian cuisine.
In tea form, it was (and still is) used to induce lucid dreaming and vivid "spiritual" dreams.
Buy lotus flowers, petals, stamens, seeds -- at eSutras Organics

Popular posts from this blog

By Goodness Welllness Blog Master May 01, 2018
Chicago is home to... 237 square miles of land An estimated 2,695,598 residents Dozens of cultural institutions, historical sites and museums More than 200 theaters Nearly 200 art galleries More than 7,300 restaurants 77 community areas containing more than 100 neighborhoods 26 miles of lakefront 15 miles of bathing beaches 36 annual parades 19 miles of lakefront bicycle paths 552 parks United States President Barack Obama Did you know... Over 50 million people visit Chicago annually. Chicago was incorporated as a city in 1837. Chicago’s nicknames include: The Windy City, the City of Big Shoulders, the Second City, and The City That Works. The "Historic Route 66" begins in Chicago at Grant Park on Adams Street in front of the Art Institute of Chicago. The Chicagoland area contains nearly 10 million people in three states – Illinois, Wisconsin and Indiana – and is the 3rd largest metropolitan area in the United States. Chicago is home to  11 Fortune 5
Post a Comment
Read more

By Goodness Welllness Blog Master March 31, 2018
Did you know the first Greek God was actually a Goddess?. he is Gaia, or Mother Earth, who created herself out of primordial chaos. From her fertile womb all life sprang, and unto Mother Earth all living things must return after their allotted span of life is over.  Gaia, as Mother Nature, personifies the entire ecosystem of Planet Earth.  Mother Nature is always working to achieve and maintain harmony, wholeness and balance within the environment. Mother Nature heals, nurtures and supports all life on this planet, and ultimately all life and health depend on Her. In time, Nature heals all ills. The way of Mother Gaia is the passive, feminine, Yin way of healing. All we need to do to regain our health is to return to the bosom of Mother Nature and live in accordance with Her laws. The Gaia archetype underlies all notions of the Nature Cure. Mother Nature is a healing goddess for the ancients whose glory was celebrated each spring, long before organized religion came into play.
Post a Comment
Read more

By Goodness Welllness Blog Master February 20, 2018
Even though not as famous globally "Tandoori Chicken",  Dal and Roti are staple foods in every Indian household. And  the good news: it is healthy beyond measure!   Ease your soul with foods like dal that comes with all the goodness of protein rich lentils. Humble and comforting recipe to start your day or night! Dal and Rice or Dal and Roti even, Dal and Buns - eaten everyday to satisfy and satiate more than just hunger pangs, be it breakfast, lunch or dinner the humble lentil has become ubiquitous with Indian cuisine. Each family has their own recipe for the making of the 'dal -curry' and their own favorite main dish - either hot cooked soft white rice, or a fluffy 'chappati" ( a wheat based flat bread) or a hot baked bun! Growing up, mine was no different, and I've carried on the tradition with my own family. I love the ease of  making this simple, rustic dish and eating it  any time, by itself or making it an accompaniment to another dish an
1 comment
Read more